As expected, after seven months in beta, the vCloud Express implementation offered by BlueLock, one of the five hosting providers selected for this program by VMware, has been declared GA expected to reach GA yesterday, has been postponed.

Despite that, the company moved from a free beta to paid service and published the price list, which is rather interesting compared to the Terremark one, the company where VMware invested $20 million in June 2009, and the Amazon EC2 one. 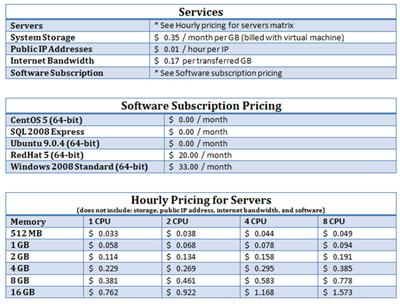 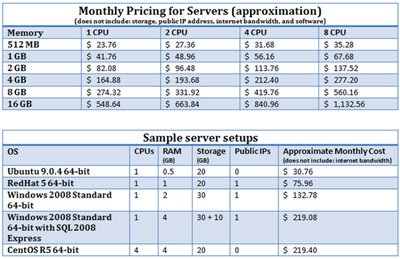 It’s worth to note that the Terremark implementation is still in beta (at least looking at their website). Prices may change once the cloud infrastructure is declared GA as well.

Update: After a careful review of the announcement BlueLock released yesterday, this post and its title have been corrected. The vCloud Express GA has been postponed, and the hosting provider just moved from a free beta to a paid beta.