Less than two weeks ago VMware launched a new online facility simply called Labs.
It hosts a number of R&D project developed by VMware engineers and not yet included in the official product portfolio (thus not supported).

Weasel is an Operating System installer similar to Redhat’s Anaconda.

When you insert the ESX Installation DVD, this program guides you through the steps of network configuration, disk selection, etc. Or it can perform an automated install based on a script similar to Redhat kickstart scripts.

VMware published a video of it in action: 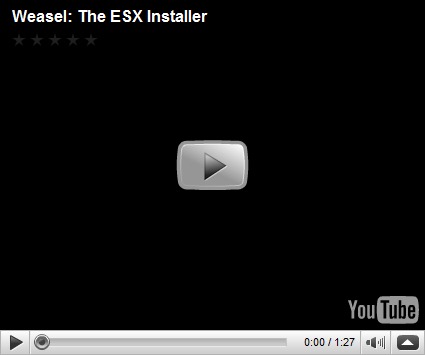