Today IBM launches version 2 of a new cloud computing platform for software development and testing.
The offering seems similar to the virtual lab automation facility similar to the one that the US startup Skytap offers since April 2008.

CNET reports that this infrastructure-as-a-service (IaaS) cloud is powered by the new Red Hat Enterprise Virtualization Hypervisor (REVH), which is based on KVM.
If confirmed this would be the biggest and most important case study for the new Red Hat virtualization platform at today.

IBM published a short video to show how it works: 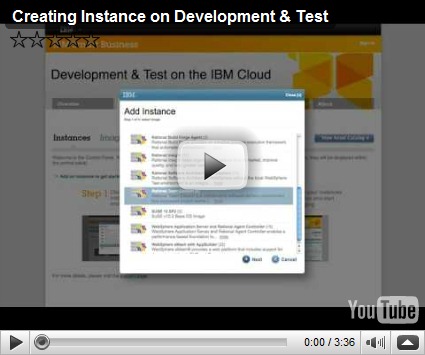 Ironically, the website section dedicated to Desktop Clouds returns an error, making impossible to access the offering for new customers. The cloud has to be resilient, not the web pages that advertise it.

Update: Red Hat confirms with an official announcement that the new IBM offering is powered by its KVM-based platform.