VMware acquired SpringSource in August 2009, as part of what seems a rather complex (and honestly pretty much obscure) strategy to lead the emerging cloud computing market.

While SpringSource continues to exist as an independent subsidiary, it’s clear that every move is done to execute the VMware’s vision.
virtualization.info even received unconfirmed tips that SpringSource was operating on behalf of VMware well before August 2009: the SpringSource acquisition of Hyperic was exactly requested (and funded) by the virtualization vendor.

Yesterday SpringSource acquired a third firm for an undisclosed sum: Rabbit Tecnologies.
The second one was Cloud Foundry, acquired ten days after the deal with VMware was announced.

Rabbit Technologies is a small UK company that offers an open source enterprise messaging system called RabbitMQ.
RabbitMQ, available for Linux and Windows operating systems, is based on the Advanced Message Queuing Protocol (AMQP), an open language developed to simplify and make more reliable and secure communications between middleware solutions. 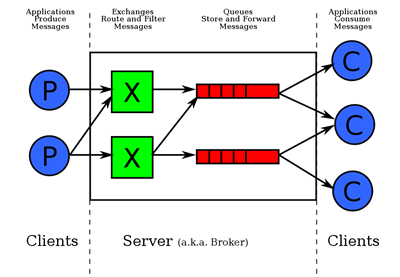 Excluding RabbitMQ, there are a number of other implementations, including ones from Apache Foundation and Red Hat. JPMorgan has even deployed an application that leverages AMQP.

In many ways AMQP can be compared to the Extensible Messaging and Presence Protocol (XMPP, formerly Jabber), which is supported (and sometimes extended) by many instant messaging programs, including the Facebook Chat and Google Wave.
It’s worth to note that in September 2008 Cisco acquired Jabber Inc., the most popular company (before Google adopted it in Google Talk) developing commercial implementations of XMPP.

Question is: why VMware needs a business messaging platform based on a potentially standard protocol?

In the immediate future RabbitMQ will be integrated in the Spring Framework, but the key point is what is its place in the VMware’s cloud computing platform of tomorrow.
It’s safe to assume that this is going to be way more than an enterprise chat implementation to pair with the recently acquired enterprise messaging suite Zimbra and the next generation database Redis.