ConVirt (formerly XenMan) is an open source management console that supports multiple hypervisors, including Xen and KVM.
Originally started in 2006, the product was relaunched in March 2009, demonstrating a significant potential.

One year later, the company behind ConVirt, Convirture, releases version 2.0, which once again features notable capabilities: 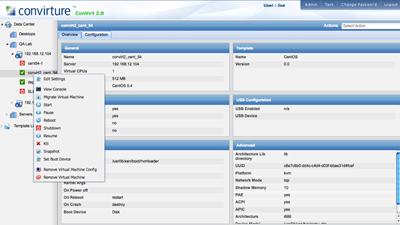 The company is still offering the product as open source, but it’s also trying to monetize it with the introduction of an Enterprise Edition (currenty in beta).

This product will add to the open source edition the following capabilities: