In December 2009 Microsoft acquired the run-book automation firm Opalis Software.
At that time the company anticipated that Opalis technology would be integrated in the System Center product family and that it would become the automation layer for Hyper-V and Azure virtualization. 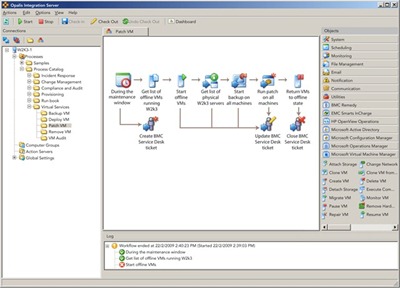 A tighter integration anyway can’t be expected before 2011 when Microsoft plans to release the next major version of Opalis.

The automation platform has been included in the Microsoft Server Management Suite Enterprise (SMSE) and Datacenter (SMSD) licenses which will cost more starting July 1.